The US production company Miramax has sued the movie director Quentin Tarantino who auctioned in the form of NFT (Non Fungible Tokens) the scripts of some scenes cut from the final script of “Pulp Fiction“. Lately, however, things have become even more complicated.

In fact, a few days ago, Miramax’s lawyers said that the NFT auctioned by Tarantino are a copyright violation and that the sale of the scripts could lead to serious consequences, not only for the company itself but also for potential buyers.

Why did Miramax state such serious words?

The production company Miramax is the owner of the rights to the subject and the screenplay of the film, as well as all the material shot related to the production.

According to the documents produced in court, the producer also acquired not only all the rights to economic use of Pulp Fiction, but also the right of “first negotiation” and “last refusal” on certain further potential economic exploitations of the film.

And it doesn’t end there.

Miramax has revealed that Quentin Tarantino has acted in secret, keeping them in the dark about his intentions to make the NFT in order to monetize only for himself the copyrights that would belong to the film company!

All this would have happened through the sale in blockchain of seven scenes not previously edited of the film “Pulp Fiction” and unique contents such as some pages of the script handwritten by the movie director, accompanied by comments expressed verbally by Quentin Tarantino himself.

In short, not just NFT, but real works of art for the public! 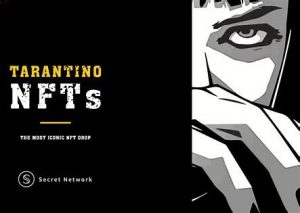 The defense of Quentin

Tarantino, therefore, suddenly found himself accused of breach of contract, copyright infringement, violation of the distinctive sign and unfair competition.

What line of defense did the movie director adopt? To make the operation fall within the scope of its legitimate use of the “reserved rights” that Quentin owns on the publication of his screenplay under the contract with Miramax and affiliated companies.

A strategy that actually has many facets because it contrasts a vision of intellectual property linked to the principles of exclusivity with a new way of conceiving the exploitation of creative works through the use of a previously unknown technology, that is the Non Fungible Tokens (NFT).

According to the less restrictive theses, in the case of the screenplay of “Pulp Fiction” there would be no violation of copyright as the copy of the pages offered for sale by Quentin Tarantino would have been contractually allowed by Miramax on his screenplay to the author.

But for many experts this thesis is not shared for several reasons.

Among the most popular concerns the enhancement of the screenplay of a film through the investments of a producer and other factors unrelated to the only literary component taken in itself.

If it is true, in fact, that without the screenplay there is no film, we do not have to forget that are necessary other contributions attributable to third parties, other than the screenwriter and the director, without whom the script would not exist.

Italian law traces the difference between screenplay and film and excludes an exploitation of the first one without the consent of the producer, because it is  inextricably linked to the film and its fate.

Click here to find out more about Tutelio: every day it sides with artists to protect copyright and intellectual property through blockchain!

Venice Film Festival 78: The Guide to the Movies You Cannot Miss!

From Qui Rido Io, The Lost Daughter, Last Night in Soho, La Scuola cattolica, and other films that have already divided publics and critics The Tutelio’s team and I, like…

Banksy, “Copyright is for losers”? Sorry, not a good day for you

Banksy loses the trademark battle of his “Flower Launcher”, now you can use it too Banksy always plays on the “surprise effect”, this is well known. But would you have…